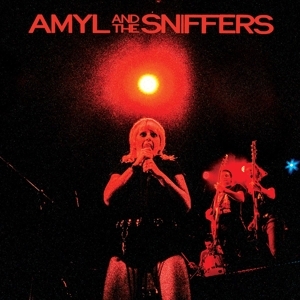 Amyl And The Sniffers – Big Attraction & Giddy Up LP

incl. VAT plus delivery
In stock

The two sold-out EPs on one longplayer! - Wild garage punk pub rock from Australia! AMYL AND THE SNIFFERS are a punk band obsessed with the spirit of seventies Australian rock, taking cues from a host of legends including AC/DC, COSMIC PSYCHOS, DOLLY PARTON and DIE ANTWOORD while having as much fun as possible. Amy Taylor (vocals), Bryce Wilson (drums), Dec Martens (guitar) are former flatmates who formed the band, wrote a handful of tunes and banged out their debut EP ,Giddy Up" - all within twelve hours. The band completed their line-up with Gus Romer on bass. Their second EP, "Big Attraction", was released in February 2017, heralding a banner year for these young punks.