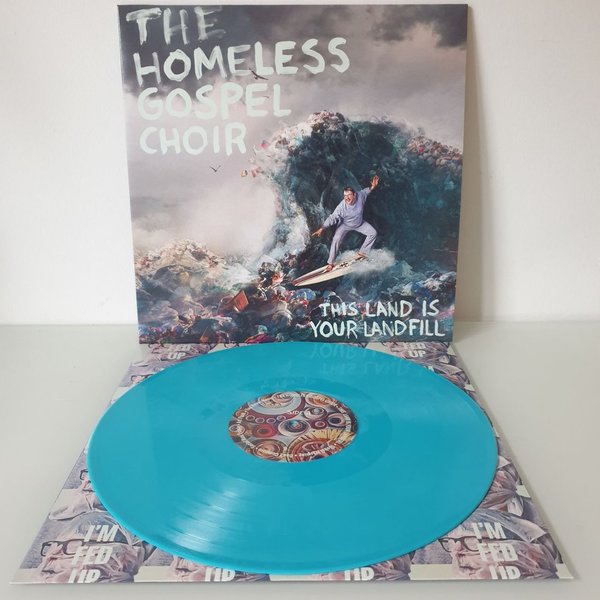 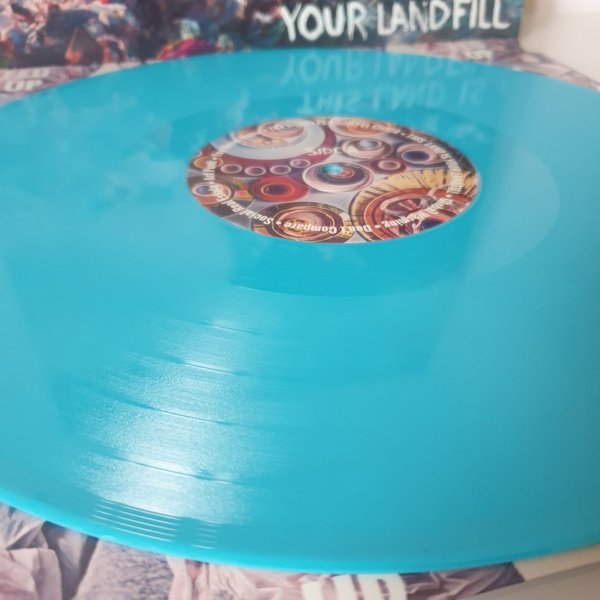 Homeless Gospel Choir, The – This Land Is Your Landfill LP (colored vinyl)

As of 2019, The Homeless Gospel Choir began playing live as a full-band set-up. Matt Miller (Endless Mike and the Beagle Club), Maura Weaver (Mixtapes), Megan Schroer (Boys) and Craig Luckman (Small Pollen), joined founder Derek Zanetti with the intention of touring extensively, as Derek had usually done by himself. Derek Zanetti is a singer/songwriter from Pittsburgh, PA. Since 2009, he has travelled all over the world singing acoustic punk rock protest songs under the moniker, The Homeless Gospel Choir. Many of his songs address issues such as global politics, addiction, and the on-going crisis of mental health with the aim to make punk rock a home base where everyone belongs.