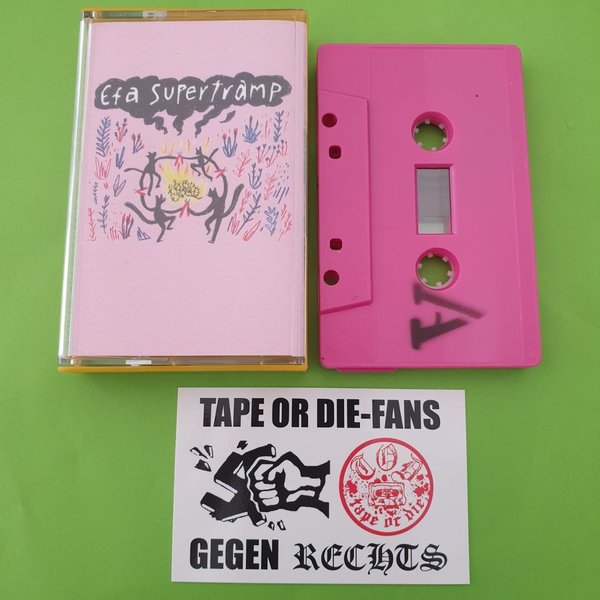 15 feisty folk-punk songs about love and loss, politics, resistance and hope for a better world.

Her bio says "Efa Supertramp is a folk punk grrrl armed with just an acoustic guitar and a powerful voice." And this is actually true. When she announced her new album, we gave it a try and asked her if she would be interested in a tape release. And she was! Probably because there was no tape planned before.
PS: Did we say she sings in English and Welsh?

First edition sold out in some days, so here we go with a second one.